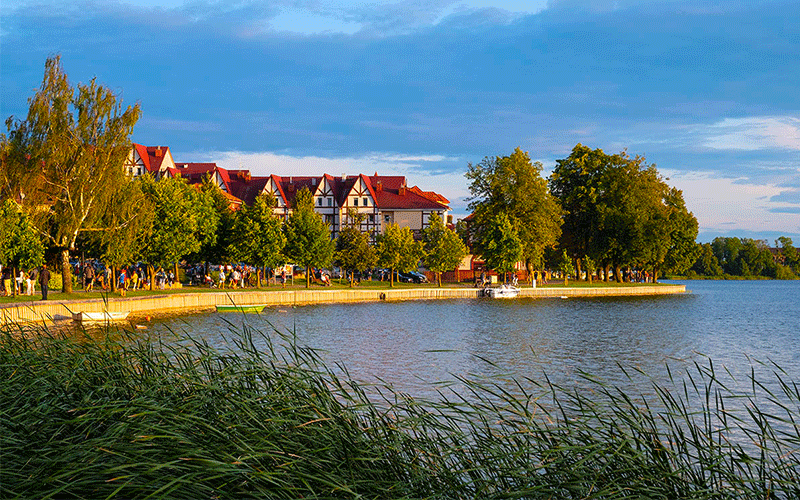 THE LAND OF A THOUSAND LAKES, OR THE GREEN LUNGS OF EUROPE

The Warmian-Masurian Voivodeship, also called the Land of a Thousand Lakes, or the Green Lungs of Europe, is located in the north-eastern part of Poland and constitutes a region of outstanding tourist and recreational value. The voivodship is the fourth largest region of Poland, covering an area of 24.2 thousand km2. It has a population of over 1 400 000, which is 3.7% of the entire population of Poland. The population density index is the third lowest in the country (59 people per km2). Analyzing changes in the number of urban and rural populations, it should be noted that, like in the country, the majority of the population of the Warmian-Masurian Voivodeship lives in cities (it oscillates around 60%) by mainly women. Over 64.4% of the inhabitants of the region are people of working age (over 60%).

The population of Warmia and Masuria is characterized by a relatively high proportion of young people. Despite the observed aging process, the Warmian-Masurian Voivodeship is the region with the lowest share of older people in Poland in the total population.

Unemployment in the region is the highest in Poland and amounts to 11.8% (over 60 000 people). Unemployment in Warmia and Mazury is diverse, including due to the age of people without employment. The difficult situation concerns people who are in a special situation on the labor market, including the unemployed up to 30 years of age. The largest group in the structure of the unemployed are people aged 25-34.